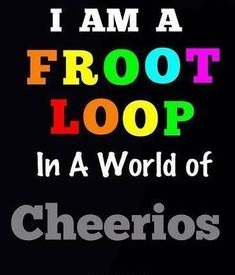 Q is a young guy from Yorkshire who is trying to build a life in London when he encounters a guy that he likes and realises, he might be gay. When Q finally gathers the courage to go through with his first sexual experience with him, it is beyond anything he could have imagined. It is simply amazing.Until it is over. Then Q realises that he may have made the biggest mistake of his life as he desperately tries to wash away his self-disgust. What Q does next is heart-breaking. We get an insight into the mind of many who cannot find a way to be themselves and believe that they only have one choice.

This non-fiction booklet gives a gay perspective on humanist beliefs. It discusses subjects such as monogamy and promiscuity, and counters the rejection of same sex attraction on moral and religious grounds. Touching on scientific and social arguments, it takes only an hour or two to argue for a positive outlook on the place of lesbians and gay men in the modern world.

The world of antiquarian books may seem light years away from the world of sex, drugs and rock and roll, but events bring Ben, a young gay man, to forge a route between them. He navigates his way through a clutch of odd, eccentric people, including drug dealers, Goths, psychics, veteran author Loyd Larcher and ageing rock musicians Rick Schwagger and Heath Prityards. Opportunities along the way help him win through to true love with a level headed and down to the earth's boyfriend.”

A view of life through the eyes of a gay man. As pressure mounts in his job in the City of London, Mark decides on a radical career change, and sets up a gay hotel--the Good mans Hotel. He is irresistibly attracted to Tom, a local handyman, and he takes in an 18-year-old runaway, Darren, who is escaping from his parents’ religious bigotry. Mark comes to think of Tom, Darren, and Tom's boss, Andrew as his family. Then a crisis forces Mark and Tom apart, until eventually the family is reconciled and reunited in the final chapter, their understanding of life deepened by the challenges that they have faced.

Lassie and the Centaurs 2006 Yearbook (English)

This book is fourth in the Lassie series . A hilarious account of Lassie's visit in the Gay parade in London on 2006 Funny adventures of the centaurs in London Lassie is now Princess Cynsica of Sparta.

He’s not a monster, but he’s not human… Jay is driving back to his mountain cabin when his jeep dies. A brilliant flash of light draws him beyond the treeline. When the light fades, a naked man emerges from a pile of ashes. It’s the beginning of a night filled with chases and captures, carnal needs and inhuman pleasures.

Your Gay Horoscope For Today (English)

From hook-ups and casual encounters, to group sex and relationships, as the years passed the numbers just kept getting higher. The "Joteria Chronicles" are a series of vignettes reflecting real life sessions during the time I spent as a Counselor for LGBT Youth.

Welcome to Kingdom Medrikarne, where knights are chivalrous, kings and queens rule the land, hunters and bandits scower the forest, and pirates sail the seven seas. When four young boys, two of high standards, one stable boy, and a mysterious boy with no family last name or known kin to anyone.